We advocated for gender equality in public policies

Did you know that 9 out of 10 domestic workers in Mexico don't have access to social security or a contract that defines their hours, vacation days, rest days, or other benefits, and that domestic workers are often precariously employed and receive an average monthly salary of only $3,285? The precarity of domestic workers has only gotten worse during the pandemic, exacerbated by unjustified firings, decreased wages, and the increased risk of infection among those who continue to work. The ILSB is committed to raising awareness of decent work and to ensuring the full protection and recognition of the rights of domestic workers.

In collaboration with other organizations and allies from the movement to support domestic workers' rights, we submitted recommendations for the design, implementation, and communication of a pilot program to register domestic workers with the Mexican Social Security Institute. This plan was then implemented by said institute and helped modify and simplify the registration process. We also launched the third phase of the #TrabajoEnCasaEsTrabajo (#DomesticWorkisWork) campaign as part of our efforts to continue raising awareness among employers regarding the rights of domestic workers and their responsibilities as employers. Implemented as a joint initiative with the National Domestic Workers Union, UN Women, and the International Labour Organization, the campaign was also supported by seven additional partner organizations. Thanks support from public figures, the campaign successfully reached 3.5 million people via social networks and more than 47 million people per month via mass communication methods, including radio spots and video ads that ran on public transportation in Mexico City, Estado de México, Puebla, Guadalajara, and Cancún. 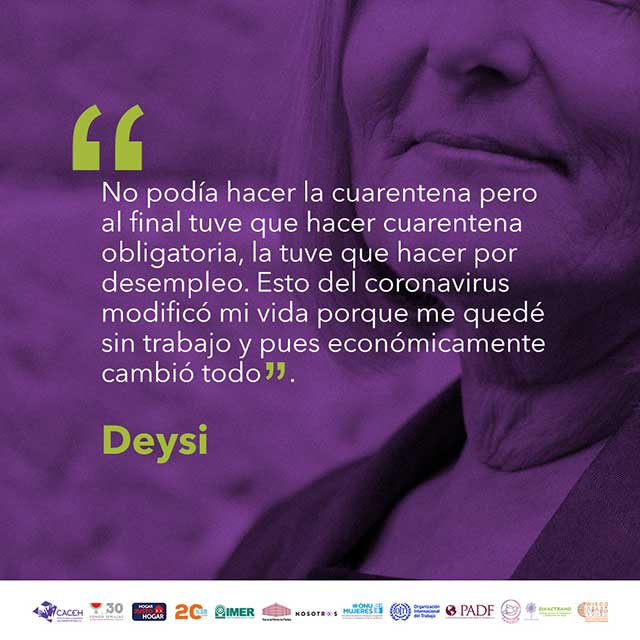 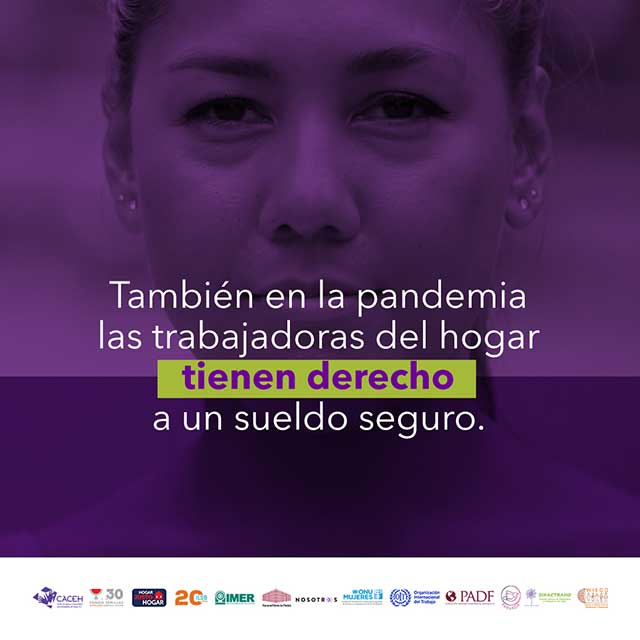